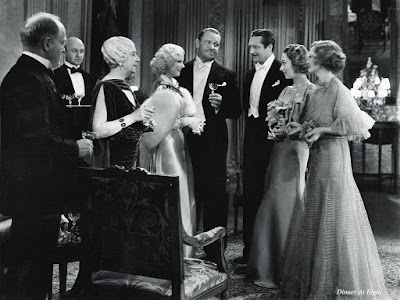 I know it's been a long time coming, but since my new release last year, I am finally getting the gears turning on my next story. I'm quite excited to share that this will be my first book series, following a team of televised ghost hunters as they investigate paranormal phenomena at various lodging sites around the world (hotels, inns, motels, B&Bs, etc.). 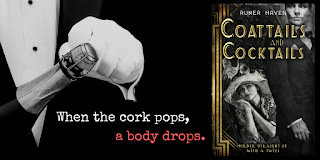 The first chapters are already written, started a while back before I'd even anticipated writing Coattails & Cocktails. The latter (a 1920s murder mystery) came about rather even unbeknownst to me! But I'm so glad the inspiration for that one struck and brought it into being. I had always wanted to write a murder mystery and feel so pleased having one under my belt now.😊

In any case, prior to writing that actual murder mystery, I was already priming myself to write about a murder mystery dinner, which will take place during my next book. Set in present day, this story will follow a group of friends spending the night at a quaint and historic bed and breakfast. They're simply gathering for a 1940s-themed mystery game (all decked out and acting in character), but personal conflicts simmering beneath the surface eventually come to a boil--ignited further by the presence of a TV ghost-hunting team seeking to confirm or deny claims that the property is haunted.

The end result will hopefully be a fun romp through contemporary romantic comedy, historical drama, and paranormal suspense--much in the vein of my debut novel, Seven for a Secret. I also expect it to be a standalone novella where this particular dinner party and B&B are concerned; the series will continue with the same paranormal investigation team, however, just at different locations involving different proprietors and/or guests.

There will also be a special feature of this series that I'll keep secret for now...something totally experimental that'll be a great writing challenge for me. And hopefully something that'll make it a truly "novel" reading experience for you! 😃

Until then, dear readers, I bid you happy days of happy reading--and I promise to return soon. 💋